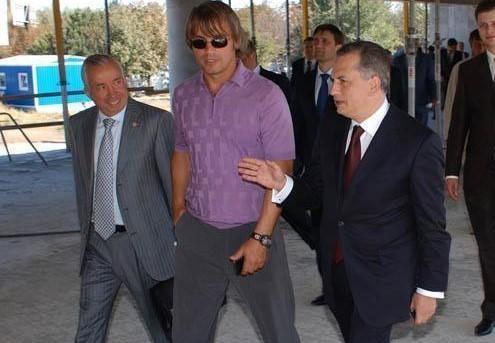 Ukreximbank has opened the procedure of financial restructuring of the debt of Altcom Road Construction LLC, as reported by the Secretariat of the Financial Restructuring (under the Independent Association of Ukrainian Banks).

As Finbalance wrote, Altcom Group has significant debts to Prominvestbank.

On July 31, 2019, the Eastern Commercial Court of Appeal refused to satisfy the appeal of Altcom Road Construction LLC and upheld the decision of the Commercial Court of Donetsk Region dd. 20.03.2019 (in case No. 905/2508/15), which satisfied the claim of Prominvestbank and recovered USD 62.7 million from the complaining company (as a guarantor of Snabtreidkompani LLC) in respect of the debt under the agreement of credit line No. 15-93/19-21/13 dd. 29.11.2013.

In previous years, the volume of Prominvestbank`s claims against companies associated with Altcom Group reached up to UAH 10 billion.

In the state register, the final beneficiaries of Altcom`s Road Construction LLC are Oleksandr Tislenko and Altcom Global N.V.

Earlier, the Altcom group called Oleksandr Tislenko and Serhii Pavlichev its ultimate beneficiaries, while observers unofficially linked this group with Borys Kolesnikov (Deputy Prime Minister in the Azarov`s government, who supervised the preparation for Euro 2012), but he denied it.

The reason for assumptions regarding the group`s connection with B. Kolesnikov was the fact that during the preparation of Ukraine for Euro 2012 Altcom received many large government orders for the construction of airports, stadiums, roads, etc., often - according to the purchase procedure from one participant (according to Nashi Groshi calculations, it was 13 billion UAH).

At the same time, in 2019, there were unofficial signals about the possible connection of Altcom with Rinat Akhmetov (close to whom is Kolesnikov).