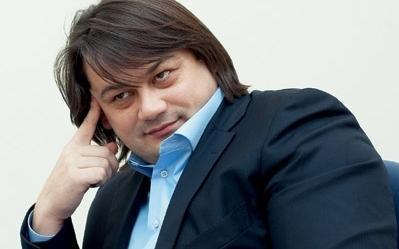 On October 29, the Kyiv Court of Appeal refused to satisfy the appeal of Mykola Lahun and left unchanged the decision of the Pechersk District Court of Kyiv dd. 19.03.2019 (in case No. 757/3996/15-ц), which satisfied the claim of Ukreximbank and resolved to recover from M.Lahun (as a guarantor) USD 38.3 million and UAH 19.3 million of indebtedness under the contract No. 151311K25 dd. 29.12.2011 on lending by way of irrevocable documentary uncovered letter of credit

At the same time, the courts of first and appellate instance rejected the counterclaim of M. Lahun against Ukreximbank on the recognition of the surety agreement as invalid.

Marilkomfrukt LLC (former name was Ahronovokom LLC) appears as the third party in this dispute.

On 30.05.2018, the Kyiv Court of Appeal satisfied the appeal of Ukreximbank and changed the way of execution of default judgment of the Obolonsk District Court of Kyiv dd. 26.05.2016 (in case No. 756/3931/15), which partially satisfied the claim of the state bank and to repay the debt of Marilkomfrukt LLC in the amount of USD 38.3 million and UAH 19.5 million was recovered from Antonina Lahun UAH 1.24 million by way of foreclosure on three of her apartments (the area of which is 86.9 square meters, 15.3 square meters and 30.1 square meters). These apartments were pledged to Ukreximbank under the loan agreement No. 151311K25 dated 29.12.2011.

The subject of the mortgage is land plots on 28.45 hectares in the Kyiv region (Kyiv-Sviatoshyn district, Bilohorodka village), with the purpose of construction.

Antonina Lahun (the sister of the former majority shareholder of the bankrupt Delta Bank, Mykola Lahun) and Cypriot Eleni Laou are listed in the State Register as the ultimate beneficiary of Kream-1 LLC.

According to the court materials, based on the investigation data, “unidentified persons by means of deception with the use of Ahronovokom LLC and the Cypriot company Rabiturna Limited by opening irrevocable documentary uncovered letter of credit in favor of the companies Cargill Siternational SA and Cargill Incorporated Petroleum Trading (the companies of Cargill group - the shareholder of Delta Bank JSC) under the credit agreement No. 151311K25 dd. 29.12.2011, during 2013, they have acquired funds of PJSC State Export-Import Bank of Ukraine of particularly large sums of money in the amount of UAH 1 321 380 201.53” (quotation).