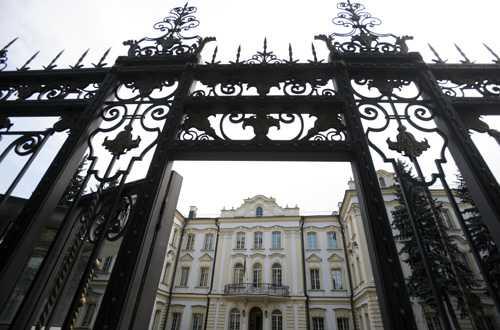 On October 16, the Supreme Court suspended consideration of Privatbank’s cassation appeal against the decisions of the lower courts (in case No.201/473/17), which satisfied the claim of Olena Boholiubova (ex-wife of the former owner of the bank Hennadii Boholiubov) for collecting about UAH 500 million from Privatbank, which were withdrawn from the accounts of O. Boholiubova during the nationalization of bank within the framework of bail-in operation.

Looking back, in December 2016 during the nationalization of Privatbank, the depositors’ and investors’ funds for amount of UAH 29,4 billion were included in bail-in (forcing conversion of contribution into the bank’s shares). The authorized capital of Privatbank was increased for this amount. After completion of this operation, the Ministry of Finance bought out Privatbank from the Deposit Guarantee Fund for UAH 1 and after this put UAH 155 billion into the authorized capital (additional share issues for the specified amount were paid by the state bonds).

The Supreme Court ceased the cassation proceedings in case No.201/473/17 before the termination of the case No. 826/20221/16 by the Grand Chamber of the Supreme Court – for the cassation appeals of Privatbank, NBU and Ministry of Finance against the decisions of the courts of the first and appeal instances, made in 2017 (and also restitution on reversal of them), which satisfied the claim of Surkis brothers and their relatives and annulled a decision of the National Bank on declaration them associated with Privatbank, declared it illegal to withdraw the funds in the bank for amount of UAH 1.1 billion during the process of nationalization of Privatbank, obliged the bank to give the funds back to the plaintiffs-depositors.

In September 2018, in the media there was information about the settlement of dispute between Privatbank and Surkis family in regard to the contributions for amount of UAH 1 billion, which were included in bail-in operation. Privatbank assured that the actual payments were made out of the bank’s profits, and they were less than the specified amount (it was not specified, for how much), considering existence of certain credit claims of the bank against Surkis, resulting in admission of the similar counter claims.

Besides, Privatbank informally noted that at that time it did not receive a decision of the Supreme Court in case No.826/20239/16 on a claim of Accent-Bank (controlled by Surkis) yet, but supposedly was ready to execute it. In this case, the amount involved is UAH 364 million (these funds were also included in bail-in).

On 24.05.2018 the Supreme Court refused to satisfy applications of NBU and Privatbank for review of the decisions of the lower courts in case No.826/20288/16, which annulled a decision of NBU’s committee regarding determination of the bodies, associated with the bank No.105 dated 13.12.2016 in the part of declaration of Football Club Dynamo Kyiv LLC (belongs to Surkis) the body, associated with Privatbank, and also canceled an order of the provisional administrator of Privatbank No.22 dated 20.12.2016 regarding the ban of any expense transactions and blocking of the account of FC Dynamo Kyiv in Privatbank.

On 03.10.2018 the Supreme Court satisfied an application of Privatbank, took its refusal from the claim against Ihor Surkis, Hryhorii Surkis, Rakhmil Surkis, Svitlana Surkis, Polina Kovalyk, Maryna Surkis, AMC Mtir Asset Management of rescission of the agreements. The Supreme Court ceased proceedings in this case (No.757/26771/17-ц).

In this case, it was about the pledge agreements dated 19.12.2016, by which the specified individuals-defendants pledged property rights for receipt of funds under the deposit agreements for AMC Mtir Asset Management.

As previously reported, the total amount of funds of Surkis and their structures in Privatbank, which were included in bail-in, could exceed USD 300 million.

Also we will notice that suspending the consideration of the case No.201/473/17 before making decision in case No.826/20221/16 by the Grand Chamber of the Supreme Court, the court of the cassation instance paid attention to one more judicial dispute – case No.826/13813/17, within which the County administrative court of Kyiv in April 2019 satisfied a claim of the Cyprus company Triantal Investments Ltd, controlled by Ihor Kolomoiskyi, and annulled a decision of the National bank No.105 dated 13.12.2016, which determined the list of natural persons and legal entities, associated with Privatbank.

The Supreme Court noted that on 14.08.2019 the Sixth administrative court of appeal suspended the hearing of this case before making a decision by the Grand Chamber of the Supreme Court in case No.826/20221/16.

About other numerous judicial disputes in regard to bail-in in Privatbank (with the participation of the structures of former Privatbank’s owners, Khomutynnik, holders of eurobonds etc) - here, here, here.