The court placed a lien upon the property of Prominvestbank on the request of the GPO, SBI and Kolomoyskyi 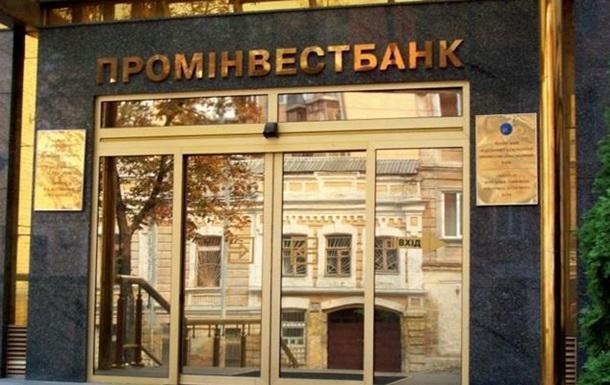 On September 10, Pechersk district court of Kyiv city satisfied a motion of the General Procurator’s Office and within the criminal proceedings No.62019000000001302 placed a lien upon one and half objects of property in different regions of Ukraine, which are owned by Prominvestbank (including the central office of the bank in Kyiv).

According to court materials, the pre-trial investigation of this case is carried out by the State Bureau of Investigation (SBI).

As noted, the officials of Prominvestbank, “acting in conjunction with unidentified persons, using job position, made and continue to make actions, directed at appropriation of property, liquid assets, financial resources on an especially large scale, which are owned by “Prominvestbank” PJSC” (quote).

As stated, the Permanent Court of Arbitration with its decision dated 02.05.2018 satisfied the claim of a number of companies (associated with Ihor Kolomoyskyi and his partners - Finbalance) about collecting means (USD 139 million and USD 20 million of percent, - Finbalance) from Russia represented by the Ministry of the Russian Federation as compensation for real estate, expropriated from these companies in Crimea after its annexation by Russia.

Within the corresponding enforcement proceedings the Prominvestbank’s shares were seized and are planned to be forcibly sold. At the same time it is noted that “the shares as the securities and investment assets, are estimated and respectively have its cost depending on presence of enterprise’s fixed assets, specialized and excess property on balance, existence of intangible assets, quality and probability of return of debtors and creditors, profit or loss performance of the enterprise over the last few years” (quote).

As it is emphasized in court materials, after granting permission of execution of a decision of the Court of arbitration (Hague, Netherlands) dated 02.05.2018, Prominvestbank “constantly makes actions, directed at extraction of liquid assets from its property” (quote).

“So, at the end of February 2019 “Prominvestbank” PJSC transferred the rights of claim under the loan agreements with “Ukrzaliznytsia”, the loan portfolio of claims to which was about UAH 5 billion.

Further, in July 2019 “Prominvestbank” PJSC carried out the sale of rights of claims to the enterprises of the metallurgical industry and service sector with a book value of UAH 1.12 billion.