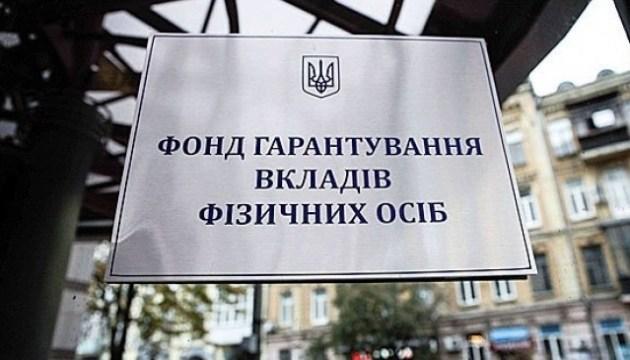 On May 13, the Pivnichnyi Commercial Court of Appeals refused to satisfy the appeal of the Guarantee Fund and left unchanged the decision of the Commercial Court of Kyiv dd. 20.12.2018 (case No. 910/11027/18), by which the Fund was denied the claim against Ukoopspilka bank related persons to recover UAH 76.93 million of the caused damage (among the defendants - former members of the Board and Supervisory Board of the bank).

Among other things, Deposit Guarantee Fund noted that in 2014 the former executives of the bank made a decision "to acquire knowingly unprofitable, unsecured bonds of companies with signs of fictitious, as well as associated with the administration and owners of the bank, for an amount of almost 60% of the value of all bank`s assets," and "losses amount to a minimum of UAH 319,460,764" (quotations).

At the same time, the Pivnichnyi Commercial Court of Appeals noted the following:

“Signs of fictitious entrepreneurship arise only if the evidence of this fictitiousness are proven criminally. At the same time, there is no proper and admissible evidence in the case file that would indicate that the issuers are fictitious.

The court of Appeal concluded that the plaintiff`s arguments about the presence of material damage in the amount of UAH 76,929,136.71 caused by related persons were not substantiated with appropriate, admissible, reliable and sufficient evidence in the understanding of the requirements of art. 76-79, 269 of the Commercial Procedural Code of Ukraine; also, the composition of the civil offense in the actions of the defendants to inflict such damage was not proved, nor was the amount of damage proved, which together indicates the plaintiff`s unfoundedness and lack of proof of their claims against certain defendants.

The case materials do not contain any evidence confirming that the defendants were subjected to any sanctions for violation of the legislation requirements in the sphere of banking activity, as their guilt in the bank insolvency was not established and proved.

In addition, the Court of Appeal takes into account that the liquidation procedure of the bank, which has not been completed in accordance with the established procedure, is ongoing, as well as the relevant actions on the sale of the bank’s assets, and therefore, due to their sale, the bank`s creditors` claims may be repaid in accordance with the procedure established by the Law of Ukraine "On the system of guaranteeing deposits of individuals.”

As Finbalance wrote, on March 13, 2019, the Kyiv Commercial Court refused to satisfy the claim of the Guarantee Fund against former executives of the Tavryka Bank for the joint recovery of UAH 2.68 billion of damages (case No. 910/12803/18).

On April 02, 2019 the Pivnichnyi Commercial Court of Appeal refused to satisfy the appeal of the Guarantee Fund and left unchanged the resolution of the Commercial Court of Kyiv dd. 10.12.2018 (case No. 910/14734/18), by which the Fund was returned its statement of claim to the former shareholders and top managers of Kreditprombank on recovery of UAH 532.9 million.

On May 29, 2019, the Northern Commercial Court of Appeal refused to satisfy the NBU`s appeal and upheld the decision of the Commercial Court of Kiev of 04.03.2019 (case No. 910/9095/18), which satisfied the claim Radical Bank’s shareholder and decided to recover from the NBU in favor of the plaintiff UAH 128.9 million of compensation for property damage, which, as noted, was caused to the plaintiff by the unlawful deprivation of his corporate rights due to the adoption by the National Bank in 2015 of the "unlawful decision" to classify Radical Bank as insolvent.