The court, at the request of Oschadbank, arrested the car sold by Lahun 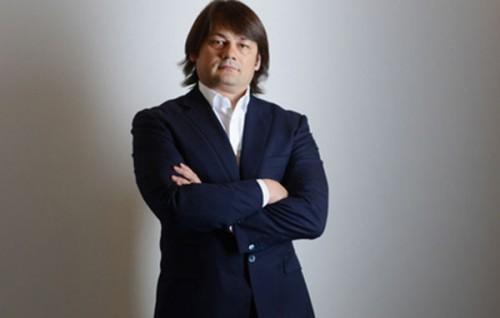 Pechersk District Court of Kyiv by its ruling dd. 31.05.2019 opened proceedings in the case No. 757/1870/19-ц on the claim of Oschadbank against Mykola Lahun and another individual on the invalidation of the vehicle purchase agreement (Porsche, 996 Turbo, year of manufacture - 2004, color - red), which was concluded on 06.06.2017 between the defendants.

The court also partially satisfied the application of the State Bank to secure the claim and arrested the car by banning the order.

Justifying its claims, Oschadbank referred to the decision of the Supreme Court dd. 11.10.2017 in the case No. 757/ 22651/15-ц, by which Mykola Lahun as a guarantor of Delta Bank`s debt obligations (under the contracts on correspondent account of 2010-2011) USD 111.8 million, EUR 12.45 million and UAH 948 million (over UAH 4 billion) were collected in favor of the state bank. In addition, Oschadbank noted that in order to ensure this claim by the resolution of the Pechersk District Court of Kyiv dated 02.02.2016, an arrest was imposed, including on the mentioned vehicle of M. Lahun. However, despite this, the vehicle was alienated on the basis of a contract of sale dated 06.06.2017.

As Finbalance wrote, on January 9, 2019, the Kyiv City Court of Appeal by its ruling (the unchanged resolution of the Supreme Court dd. 28.02.2019) satisfied the appeal of Mykola Lahun and annulled the resolution of the Pechersk District Court of Kyiv City dd. 19.09.2018 which refused opening of proceedings in the case of the former owner of Delta Bank No. 757/44918/18-ts on his lawsuit against Oschadbank for invalidation of the surety agreement (Delta Bank is the third party to the dispute).

On June 18, the Commercial Court of Kyiv City opened proceedings in the case No. 910/7186/19 on the claim of the Guarantee Fund against Mykola Lahun as the former head of Delta Bank’s Supervisory Board for compensation of damages in the amount of UAH 19.83 billion.

On Jul 10, 2019 the Supreme Court refused to satisfy the cassation appeal of the Guarantee Fund and left unchanged the decision of the lower courts in the case No. 910/14734/18, by which the Fund was returned its statement of claim (through failure to eliminate its shortcomings) to the former shareholders and top managers of Kreditprombank (including Mykola Lahun) on recovery of UAH 532.9 million.