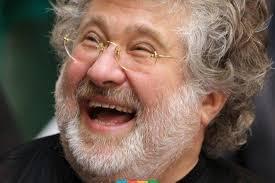 On July 11, the owner of Prominvestbank (the Russian state corporation VEB.RF) filed a lawsuit in the Pechersk District Court of Kyiv against a number of companies associated with Ihor Kolomoiskyi and his partners (including Privatoffice LLC, Dairis LLC, Crimea Development LLC, Aerobud LLC, etc.), as well as against the former head of the management board of PrivatBank, Oleksandr Dubilet, and the Ministry of Justice of the Russian Federation. VEB.RF asks the court to "lift the arrest from the property", as evidenced by the ruling of the Pechersk District Court of July, 17 (case No.757/36346/19-ц).

According to the court materials, the resolution of the Division for Compulsory Enforcement of Decisions of the Department of State Bailiffs` Service of the Ministry of Justice of Ukraine dd. May, 29, in the summary enforcement proceedings No. 39036926 the securities of Prominvestbank were arrested. Invintum LLC holding 5.08 billion of Prominvestbank`s shares (99.7726% of the total) was appointed as the custodian by a resolution of the state executive officer (A.Nazarovets).

On July 17, the Pechersk District Court of Kyiv left the statement of claim of VEB.RF without any movement, providing a 10-day period to eliminate its shortcomings (for translation of accompanying documents from Russian language into Ukrainian language).

In addition, in July, VEB.RF also filed a complaint to the Kyiv Court of Appeal against the actions of the A. Nazarovets, chief state executive of the Department of Compulsory Enforcement of Decisions of the State Bailiffs` Service of the Ministry of Justice of Ukraine (in the case No. 796/165/18, which is described below).

We shall remind you that on July 18, PFTS Stock Exchange reported that on 28.08.2019 should be held an auction on the sale of 5.08 billion of Prominvestbank shares (99.7726% of the authorized capital), "which are subject to impose a court-enforced collection" (quote). The initial value of the stake is UAH 532.1 mln. The owner of 99.7726% of Prominvestbank shares is VEB.RF.

On May 2, 2018, the Permanent Court of Arbitration (Hague, the Netherlands) upheld the claim of the above-mentioned companies of former PrivatBank`s owners (in the case of PTS No. 155-36) for recovery of USD 139 million (plus USD 20 million of interest) from Russia through the Ministry of Justice of the Russian Federation as compensation for the their immovable property expropriated in Crimea after its annexation by Russia.

On September 25, 2018, the Kyiv Court of Appeal (within the framework of case No. 796/165/18) satisfied the application of the "private authorities" and approved the execution of the decision of the Permanent Court of Arbitration.

On January 25, 2019, the Supreme Court refused to satisfy the cassation appeal of Prominvestbank, Sberbank, VTB and left unchanged the decision of the Kyiv City Court of Appeal of 25.09.2018.

In addition, the Supreme Court amended the resolution of the Kyiv Court of Appeal of September, 5, 2018, by which the shares and real estate of the abovementioned "daughter companies" of Russian state banks were arrested (on October, 22, 2018 the Kyiv Court of Appeal lifted the arrest from the shares of Prominvestbank, and on December, 6, 2018 - from its movable and immovable property, which was imposed by a private contractor).

According to Finbalance, after the sale of Ukrzaliznytsia`s 5-billion-UAH debts in the first quarter, Prominvestbank noted in its reports that the assignment of the rights of claim against the state-owned company to a third party (for VR Capital Group - editor`s note) took place exactly after the Supreme Court partially satisfied the bank`s appeal against the decision of the Kyiv City Court of Appeal dd. September, 5, 2018. "The Supreme Court lifted the ban on the disposal of assets owned by the bank. The ban will extend only with regard to the property owned by the Russian Federation," Prominvestbank stated at the end of April.

Sberbank also made a similar remark in its reporting (which in February, 2019 receded its claims on loans to legal entities with net book value of UAH 587.5 million).

As Finbalance wrote, on April, 18, 2019 the Supreme Court refused to satisfy the complaint of the private executor and left unchanged the resolution of the Kyiv Court of Appeal dd. Novembet, 20, 2018, by which, at the request of Sberbank, the arrest of all its movable and immovable property was lifted. Before that, on April 11 and March 14, the Supreme Court also refused to cancel the decisions of the court of appeal dd. December, 6, 2018, which lifted the arrest of VTB Bank and Prominvestbank in the same case (№796/165/2018).