Privatbank escaped in appeal from the depositor`s claims for UAH 20 million, which fell under bail-in 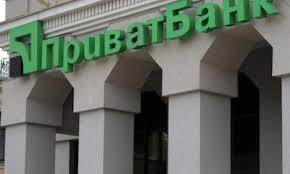 By its ruling of 14.03.2019, the Dnipro Court of Appeal satisfied Privatbank`s appeal and overturned the decision of the Zhovtnevyi District Court of Dnipropetrovsk City (in lawsuit number 201/24/85) which partially satisfied the claims of the bank`s depositor and collected from the bank EUR 558 thousand and UAH 4.8 million.

According to court materials, these funds were debited from the accounts of the plaintiff during the nationalization of PrivatBank in December 2016 as part of the bail-in operation on the basis of the decision of the NBU to place the plaintiff on the list of persons related to the bank.

The Dnipro Court of Appeal noted that "the contract No. 95/2016 as of December 20, 2016, on the basis of which the funds were debited from the accounts of the plaintiff, was not recognized as invalid in accordance with the procedure established by law and is currently in force" (quote).

The court of appeal also pointed out that the decision of the NBU Commission No. 105 dd. 13.12.2016 on approval of the list of persons related to PrivatBank "at the time of consideration of the case in the court of first instance, as well as during the appeal hearing of the case, is valid and the plaintiff did not appeal it" (quote).

It should be reminded that on 18.04.2019 the Kyiv District Administrative Court satisfied the claim of the company Triantal Investments Ltd controlled by Igor Kolomoyskyi (in case No.826 / 13813/17) and cancelled the aforementioned decision of the National Bank No.105 dd. 13.12.2016.

In December 2016, during the nationalization of PrivatBank, funds of depositors and investors (including Eurobonds holders) were subject to bail-in (forced conversion of deposits into shares) by an average of UAH 29.4 billion. This amount was used to increase the authorized capital of Privatbank.

After the completion of this operation, the Ministry of Finance bought out Privatbank in Deposit Guarantee Fund for UAH 1 and "poured" + UAH 116.8 billion into the authorized capital (additional issue of shares in the amount was paid by government bound).