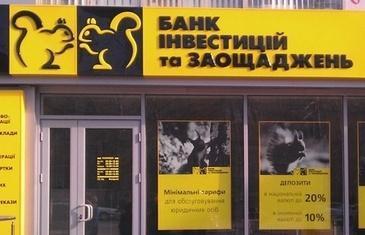 According to the NBU, as of November 8, 2019, Petro Dyminsky and his daughter, Zhanna Dyminska were not among the shareholders of the Bank of Investments and Savings. Previously, they owned 5.67% and 4.33% of shares, respectively

Recently, in the NSSMC disclosure system, the Bank of Investments and Savings reported that Petro Diminsky has resigned from the shareholders of the financial institution.

Formerly, WOG gas station network (like the Bank for Investments and Savings, it belongs to Continuum group) stated that at the end of 2016 P. Dyminskyi resigned from the list of its shareholders (read here about significant debts of WOG).

In 2017 P. Dyminskyi was involved in story with road accident, which led to the death of a woman.

For three quarters of 2019 the assets of the Bank for Investments and Savings reduced by 9.5% - to UAH 3.8 billion.

At the same time, it violated the standard of maximum amount of the credit risk for operations with the persons, associated with the bank (Н9), which should be no more than 25%, and in fact amounted to 100.34%.

According to results of the last year’s stress test (it was carried out on the basis of indicators as of 01.01.2018), by the end of 2019, the Bank for Investments and Savings has to settle the matter concerning capital shortage for UAH 1.045 billion due to implementation of restructuring plan.