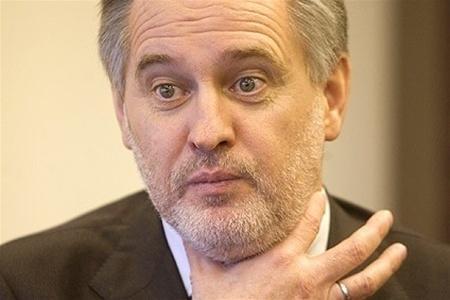 On August 5, the Supreme Court partially satisfied Prominvestbank`s cassation appeal and cancelled the resolution of the Commercial Court of the Rivne region dated February 11, 2019 and the resolution of the Pivnichno-zakhidnyi Commercial Court of Appeal dated May 7, 2019 (case No. 918/1164/15), which, according to Finbalance, partially satisfied the complaint of PrJSC Rivneazot and cancelled:

- the resolution of the State Executive Committee dd. 30.10.2018 on arrest of all movable and immovable property of PrJSC Rivneazot;

- the resolutions of the State Executive Committee on the seizure of the company`s funds dd. 30.10.2018 and 05.11.2018 on the enforcement proceedings of ВП No. 57556013 with regard to the seizure of funds on the accounts of PrJSC Rivnezot in the Klirynhovyi dim and Alliance banks, which are aimed at the payment of salaries to employees, as well as taxes and fees to the budget related to the payment of wages.

Courts of previous instances, having considered the complaints of PrJSC Rivneazot, failed to check whether PrJSC Rivneazot complied with the procedural term provided for by the “a” paragraph and part 1 of article 341 of the Commercial Procedural Code of Ukraine, to submit these complaints", - stated the Supreme Court.

These "arresting" orders were issued by the state executive within the framework of the execution of court decisions in the case № 918/1164/15 on the Prominvestbank`s recovery of USD 45.9 million of debt from PrJSC Rivneazot as a guarantor of PrJSC Severodonetsk Azot association (under the contract on opening a credit line № 20-2199 / 2-1 of 23.07.2013).

Rivneazot stated that it is in "an extremely difficult situation and there is a real threat of bankruptcy of the enterprise" (quote). As noted by the company, it has no funds and property required to pay USD 45.9 million, "and in the event of termination of commercial activities the execution of the court decision on the case № 918/1164/15 will be impossible at all" (quote), despite the fact that it is one of the largest taxpayers in the city and region.

About other litigations between Prominvestbank and Dmytro Firtash`s chemical plants, which are part of Ostchem Holding, - here.

About the claim of Sberbank to the Cherkasy Azot for UAH 2.2 billion - here.