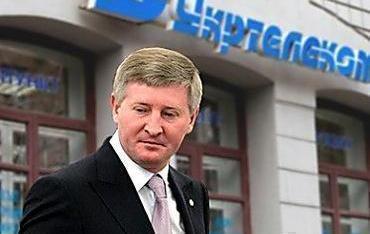 On August 28, the Supreme Court partially satisfied the cassation appeal of the State Property Fund and overturned the decisions of the lower courts (in case No. 910/7708/17), which refused to satisfy the claim against ESU LLC (the ultimate beneficiary - Rinat Akhmetov) on the termination of the contract of sale of 92.79% of Ukrtelecom`s shares and recovery of USD 81.9 million in penalties (for delay in the fulfillment of the obligation to make investments).

The State Property Fund justified its claim by the fact that the Ukrtelecom LLC improperly fulfilled its obligations undertaken during the privatization of Ukrtelecom in 2011: the company did not make investments in a certain amount, did not create and did not transfer the special-purpose telecommunication network to the state property.

For its part, the USU LLC stated that the investment of USD 450 million was not a fixed condition of the tender for the privatization of Ukrtelecom, and was cited only as a "plan" and not as an obligation of the USU LLC.

As part of this case, in October-December 2017, the courts of first instance and appeal instance granted the claim of the State Property Fund, but the Supreme Court overturned the decision in July 2018 and referred the case for reconsideration to the Commercial Court of Kyiv, on 07.11.2018 the claim of the State Property Fund of Ukraine was rejected and on 26.02.2019 the Pivnichnyi Commercial Court of Appeal left this decision unchanged.

The Supreme Court, in its ruling of 28.08.2019, noted that it "does not appear from the judgments of the courts of first instance and appellate jurisdiction that the courts have concluded, on the basis of what evidence (appropriate, admissible, reliable and sufficient), that an investment of USD 450 million has been made" (quotation).

"Referring to the presence in the case file of the ESU LLC`s investment budget for each year, the courts did not pay attention that these documents refer to the investments / expenses of Ukrtelecom JSC, but not to the ESU LLC. Given the failure of the previous courts to establish all the circumstances of the case, which are necessary for the correct resolution of the dispute, the decision and ruling on the initial claim is subject to cancellation, and the case is sent for a new consideration, "- stated the Supreme Court.

As a reminder, the State Property Fund sold 92.79% of Ukrtelecom shares in 2011 for UAH 10.6 billion. Financing of the respective operation was facilitated, among other things, by the issue of UAH 4.6 billion bonds of ESU LLC, the majority of which (UAH 4 billion) were purchased by Oschadbank and Ukreximbank. The respective securities were due to be redeemed in March 2017, which, however, did not happen (i.e. a default was allowed). Now the state banks are trying to recover the relevant funds from ESU LLC.

At present, the final beneficiary of ESU LLC is Rinat Akhmetov. At the same time, Dmytro Firtash`s entourage is trying to recover from Akhmetov USD 760 million in court, which was underpaid for the purchase of Ukrtelecom in 2013, as well as USD 60 million of interest accrued over several years.