The Court forbade Kyiv subway to repay debts for the company, which was owned by Fuks 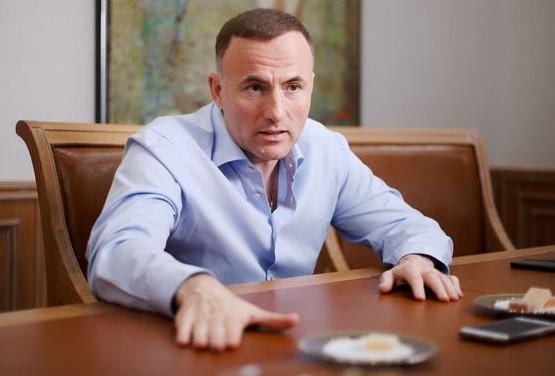 On July 17-25, Podilskyi district court of Kyiv seized means of the municipal enterprise “Kyiv metropolitan”, which are on accounts in Ukreximbank, Oshchadbank, Prominvestbank, Ukrsibbank, Industrialbank, Ibox Bank by a number of its decisions according to the petition of Kyiv local prosecutor’s office No.7 within the criminal proceedings No.2015100120001603. The Court emphasized that it forbids “Kyiv metropolitan” to transfer funds from the corresponding accounts for LLC “Austro-Hungarian Leasing Company” (formerly known as LLC “Ukrrosleasing”, - ed.).

According to the court materials, while investigating criminal proceedings No.12015100120001603 prosecutor’s office and police came to a conclusion that in 2017-2018 the “Kyiv metropolitan” unfoundedly adjusted UAH 304,5 million for LLC “Ukrrosleasing” on repayment of remuneration, commission, penalties and adjusting coefficient under the lease agreement of 2009 (under which the capital subway received 100 wagons).

As Finbalance wrote, in December 2018 Kyiv metropolitan” adjusted UAH 478 million for LLC “Ukrrosleasing” (LLC “Austro-Hungarian Leasing Company”) on the basis of consent settlement dated 20.11.2018, approved by the decision of the Economic court of Kyiv dated 28.11.2018.

According to the court materials and the text of the corresponding consent settlement, for date of its signing total debt of the utility company “Kyiv metropolitan”, to LLC “Austro-Hungarian Leasing Company” amounted to UAH 1,65 billion. Having said that, the debtor is obliged to repay all the debts in the following terms: UAH 656 million – till December 31, 2018 and UAH 994 millions - till December 31, 2019.

In 2016-2017, the courts made decisions, in accordance with which the “Kyiv metropolitan” had to repay the debt to LLC “Ukrrosleasing” in the amount of UAH 1,97 billion under the contract of financial leasing services, according to which in 2009 the company transferred 40 main and 60 intermediate wagons to the subway for use.

As it was reported, the day before signing of agreements with the subway in 2008, LLC “Ukrrosleasing” passed into the ownership of Cyprian «Impofirm Consulting Limited», close to ex-regional Yurii Ivaniushchenko. Also “Ukrrosleasing” was connected with the Russian "Vnesheconombank" as well (owner of Prominvestbank).

In 2017, the Russian-Ukrainian businessman Pavlo Fuks acquired “Ukrrosleasing” from “Vnesheconombank”. At the same time, in February 2019 P. Fuks stated that in 2018 he sold this company for “the Austrian fund”.

Now, in the state registry, Cypriot company “Ukrrosleasing Cyprus Limited” is specified as the founder of LLC “Ukrrosleasing” (LLC “Austro-Hungarian Leasing Company”), beneficiary of which is Uwe Christian Eshner.