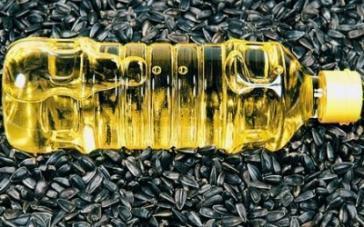 On May 30, the Pechersk District Court of Kyiv satisfied the request of the General Prosecutor`s Office and by a number of its decisions within the framework of criminal proceedings No. 4201800000000002103 (regarding possible appropriation of credit funds of Ukreximbank by the officials of PJSC Creative) imposed an arrest on a several real estate objects and other property (with a ban on alienation and disposal of the said property) belonging to structures related to Creative Group.

Among other things, this includes the:

- LLC Zavod modyfikovanykh zhyriv (a complex of buildings of I and II lines at the address: Kropyvnytskyi city, 14 Promyslovyi Avenue);

In addition, on March 26, the Pechersk District Court of Kyiv within the framework of the abovementioned criminal proceedings (which were published in the court register only on July 4) also arrested the property of such structures:

- LLC Ellada (a complex of buildings of I, II, III lines at the address: Kropyvnytskyi city, 14А Promyslovyi Avenue);

- FE Liga (a complex of buildings and constructions, as well as production equipment at Kirovohrad region, Kompaniivka district, the urban village of Kompaniivka, 1б, Vyshneva street);

As Finbalance wrote, on June 6, Pechersk District Court of Kyiv within the framework of criminal proceedings No. 42018000000000002103 satisfied the motion of the General Prosecutor`s Office and imposed an arrest on the property of Additional Liability Company Yagotyn Grain Collecting Enterprise (with the deprivation of the right to alienate and dispose the property), namely on the complex of buildings and constructions located at the address: Kyiv region, Zhurivka district, Zhurivka urban village, Borodyanskiy district, Dolina settlement, 15 Komsomolska street (renamed into Yunosti street).

According to court materials, the General Prosecutor`s Office of Ukraine performs procedural supervision in criminal proceedings No. 42018000000000002103 dated 28.08.2018 on the fact of "appropriation by the officials of Private Limited Company Creative in the period from the end of 2014 to the present day of large amounts of funds of the state bank JSC Ukreximbank by entering into loan agreements on the basis of the documents submitted to the bank containing false information and further avoidance of the fulfillment of the existing loan obligations" (quotation).

According to the investigation data, on 17.11.2008 Ukreximbank and PJSC Creative concluded the General Credit Agreement No. 151308N2, which at the moment of its conclusion "was not secured by the pledge of property rights, i.e. was actually concluded with violation of the credit policy of JSC Ukreximbank and the NBU orders (quotation).

"At the end of 2014 - beginning of 2015, officials and owners of CJSC Creative and their respective affiliated companies had a criminal intent aimed at evasion from fulfillment of credit obligations to JSC Ukreximbank and embezzlement of funds received from the said banking institution", - states in the court materials.

"As a result of illegal actions of the officials of the Creative Group companies, the assets of the guarantor`s pledge property under the General Credit Transaction of 17.11.2008 assets of covering credit liabilities and evasion from their fulfillment were withdrawn, in connection with which the partially secured credit of CJSC Creative to JSC Ukreximbank was left without guarantors and collateral, taking into account the fact that the terms of the said Agreement are not currently fulfilled and there are no funds on the accounts of PJSC Creative and its affiliated enterprises", - states in the court materials.

According to the information of Ukreximbank, the debt of PJSC Creative (in bankruptcy proceedings) as of 08.10.2018 amounted to USD 143 million and UAH 683 million.

In 2016, Ukreximbank filed a lawsuit against Maksym Berezkin for recovery of debt under several loan agreements in the amount of USD 113.4 million and UAH 440.8 million. At the same time, the defendant filed a counterclaim in court to declare the guarantee terminated.