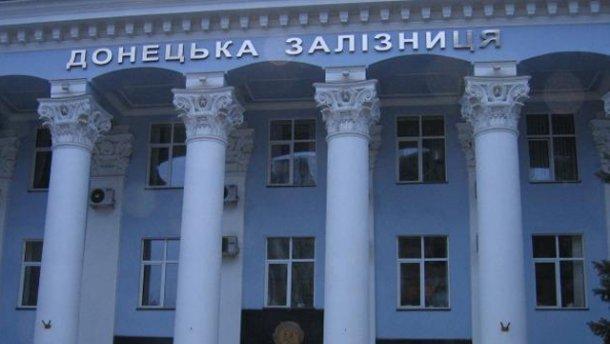 The Division for Compulsory Enforcement of Decisions of the Department of State Executive Service of the Ministry of Justice applied to the Commercial Court of the Donetsk Region with a request to replace the debtor (state enterprise Donetsk Railway) in the enforcement proceedings No. 59296433 with his legal successor (PJSC Ukrainian Railway) within the framework of compulsory enforcement of the order of the court of the Donetsk Region dd. 06.02.2019 in the case No. 910/22858/17 on recovery of USD 68 million from Donetsk Railway in favor of Sberbank.

As Finbalance wrote, on May 14, the Supreme Court refused to satisfy the cassation appeal of "Ukrzaliznytsia" and left unchanged the decision of the courts of previous instances (in the case No. 910/22858/17), which satisfied “Sberbank`s” claim and decided to collect the debt in the amount of USD 68 million (in the equivalent - UAH 1,8 billion) from the state enterprise "Donetsk Railway" under the contract of the credit line No. 70-В/11/66/ЮО of December 29, 2011.

On April 19, 2018, the Supreme Court refused to satisfy the cassation appeal of “Sberbank” and left unchanged the decisions of courts of lower instances in the case No. 910/653/17, which denied to satisfy “Sberbank`s” claim for the collection of USD 55 million from "Ukrzaliznytsia" PJSC under the loan agreement No. 70-В/11/66/ЮО.

According to the court materials, "Donetsk Railway" was the debtor, and the bank appealed to "Ukrainian Railway" PJSC as to an assignee (in the opinion of the plaintiff).

The courts stated that, in accordance with the Law "On specifics of creating a public railway transportation public joint stock company" and the corresponding resolutions of the Cabinet of Ministers, the transfer of the rights and obligations of the State Enterprise "Donetsk Railway" to "Ukrainian Railway" PJSC is associated with inventory, drafting a transfer act, and making the property in the authorized capital of the assignee. This process is not completed, and accordingly, "Ukrainian Railways" PJSC did not become a full-fledged assignee of the "Donetsk Railway".

The total amount of claims of "Sberbank" to "Ukrzaliznytsia" and "Donetsk Railway" reaches USD 170 million.

On January 31, 2019, the Northern Appeal Economic Court refused to satisfy the appeal filed by “Sberbank” in case No. 910/537/17 and left unchanged the decision of the Economic Court of Kyiv of March 20, 2017, which refused to satisfy the complainant`s claim to "Ukrainian Railways" PJSC for collecting USD 47, 8 million and UAH 59.6 million of debt of the state enterprise "Donetsk Railway" (the debtor under the agreement on opening of the credit line No. 32-В/12/66/ЮО of September 21, 2012).

In January 2019, the then President, Petro Poroshenko, signed a moratorium on the collection of assets from "Ukrzaliznytsia" for the debts of "Donetsk Railway".

According to "Ukrzaliznytsia", as of December 31, 2018, debt liabilities in uncontrolled state territories included interest loans and borrowings in the amount of UDS 116 million (under 10-12% per annum) and UAH 872 million (under 11-18%).

As Finbalance wrote, on June 5, the Kyiv Commercial Court refused to satisfy the claim of TAScombank against Ukrzaliznytsia (in case No. 910/16524/18) for accepting on its balance sheet (as a legal successor of Donetsk Railways) the obligations under the loan agreement No. НK 288 dd. 11.07.2012 concluded between the bank and Donetsk Railways.

In the course of the lawsuit, Ukrzaliznytsia noted that it is not a legal successor to the rights and obligations of Donetsk Railways, taking into account the specifics of the relevant procedures provided by the Resolutions of the Cabinet of Ministers No. 200 as of 25.06.2014 and No. 604 as of 12.11.2014.

In its turn, the court noted that "the circumstances of the transition of the obligations to the defendant under the abovementioned contract are to be established within the framework of the dispute on the collection of debts under such a transaction" (quote).

In September 2018, the Commercial Court of Kyiv refused to satisfy the relevant lawsuit of TASKombank and obliged the bank to return for Ukrzaliznytsia UAH 140 million paid by Ukrzaliznytsia to TASKombank as part of the execution of the court decision in this case, adopted in 2016.

At the same time, in November 2018, the Pivnichnyi Commercial Court of Appeal, at the request of TAScombank, reversed the decision of the court of first instance on returning of UAH 140 million to Ukrzaliznytsia by the bank.

On February 7, 2019, at the request of the liquidator of the Forum Bank, the Commercial Court of Donetsk Region obliged the Department of Compulsory Enforcement of Decisions of the Department of State Executive Service of the Ministry of Justice to resume enforcement proceedings No. 49067893 on enforcement of the order of the Commercial Court of Zaporizhzhia Region dd. 11.06.2015 (in case No. 908 / 5205 / 14) on recovery of USD 13.6 million in debt from the State Enterprise Donetsk Railway.

By the Resolution of the Commercial Court of Donetsk region dated 09.11.2016, the "railway" was denied in satisfaction of the application to replace it as a debtor of the enforcement proceedings by its successor - OJSC Ukrainian Railways.

In 2017, the decisions of the courts of first, appeal and cassation instances denied the liquidator of Bank Forum in a similar application.