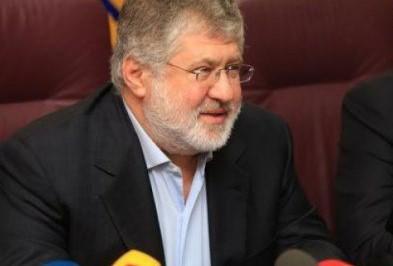 On May 28, the Northern Appeal Economic Court refused to satisfy the appeal complaint of Privatbank and left unchanged the decision of the City Economic Court of Kyiv of December 6, 2018 (in the case No. 910/10510/18), which refused to accept Privatbank`s claim for foreclosure (for repayment of the debt for loan agreement No. 2А077Г of December 12, 2008 for UAH 564.3 million)

- 92 real estate objects belonging to the "Asset Management Company "Financial Capital" LLC through sale at public tenders in the framework of the procedure of enforcement proceedings.

According to the court materials, the corresponding loans were allocated by the bank for the replenishment of working capital and the construction of a housing and office center with elements of social infrastructure at 21 Vorovskogo St. in Kyiv (current name - 21 Boulevard-Kudryavskaya St.).

At the same time, on April 10, 2019, the Shevchenkivskiy District Court in Kyiv complied with the petition filed by “Asset Management Company ”Financial Capital” LLC (one of the founders of “AC-MVK” LLC) and revoked its ruling of March 21, 2019, which seized 60 real estate objects (apartments, premises, car places) at the above-mentioned address, which belong to “AMC “Financial Capital” LLC at the request of Privatbank within the framework of criminal proceedings No. 12018100000000959.

The arrest of the real estate of "AMC" Financial Capital" LLC (then it was about 72 real estate objects), and the land plot of “AS-MVK” LLC (at the same address, 21 Vorovskogo St. (Boulevard-Kudryavskaya St.), Kyiv) was imposed and cancelled at least twice within the framework of this criminal proceeding.

On December 18, 2018, the Kyiv Court of Appeal upheld the resolution of the Shevchenkivsky District Court of Kyiv dated September 25, 2018, in which, within the framework of another criminal proceedings - No. 12018100100003859 - partially satisfied the request of the police investigator and imposed an arrest on the mentioned land plot (with an area of 0.1943 hectares) but refused to satisfy the petition for the arrest of a housing and office building located on this land plot.

Leaving the decision of the district court dated September 25, 2018, unchanged, the court of appeal dismissed both the appeal complaint of Privatbank (which requested the seizure of the housing and office building as well) and “AS-MVK” LLC (which requested to cancel the arrest of the land plot).

However, on February 22, 2012, the Shevchenkivskiy District Court of Kyiv, still cancelled an arrest of the land plot at the request of “AS-MVK” LLC.

According to the court materials, two criminal proceedings concern the abovementioned loan agreement №2А077Г, concluded in December 2008 between Privatbank and “AS-MVK” LLC. As it was noted, in May 2009 “AS-MVK” LLC transferred the land plot to the bank for a mortgage (its value was UAH 52.6 million).

Further, according to the police, from 2010 to 2017, in spite of the terms of the mortgage agreement, a housing and office building was built on the land plot without the consent of the bank, and the investor of the building was “AMC “Financial Capital” LLC (according to the State Register, this company is one of the founders of “AS-MVK” LLC).

According to the findings of the investigation, as a result, Privatbank was deprived of the opportunity to satisfy its claims at the expense of the land plot as a subject of the mortgage on funds, “commensurate with its value at the time of the mortgage payment” (quotation).

According to the decision of the Shevchenkivsky district court of Kyiv of February 27, 2019, removing the arrest of 72 real estate objects of the “Asset Management Company “Financial Capital” LLC, the court took into account the decision of the City Commercial Court of Kyiv of December 6, 2018, which denied satisfying the claim of Privatbank to “AS-MVK” LLC, “AMC “Financial Capital” LLC, and “Management of buildings and structures” LLC on the recognition of the subject of mortgage of real estate objects, charging for mortgage, and invalidation of void purchase and sale agreements and mortgages (this concerns the case No. 910/10510/18).

“AMC “Financial Capital” LLC is on the list of structures of the former beneficiaries of Privatbank, claiming Prominvestbank and Sberbank - based on the decision of the Permanent Court of Arbitration Arbitration (Hague, Netherlands) of May 2, 2018 on charging of UDS 139 million (plus additional USD 20 million as percent) from the Russian Federation as compensation for real estate property expropriated (seized) from the companies of the Privat group in Crimea after its annexation by Russia.