Kolomoiskyi disputes the lifting of arrest on Sberbank shares 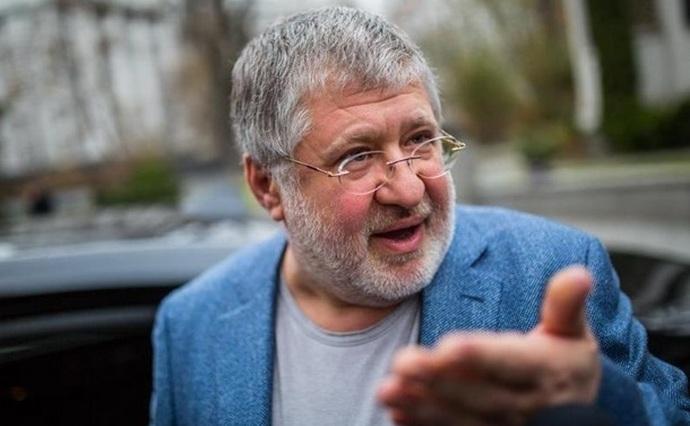 On November 12, the Pivnichnyi Commercial Court of Appeal opened an appeal proceeding on the appeal of Sanatorium Enerhetyk LLC against the decision of the Commercial Court of Kyiv dd. 10.10.2019 (case No. 910/10107/19), which satisfied the claim of the Sberbank of Russia (Moscow) and obliged Raiffeisen Bank Aval (as a depositary institution) to amend the depositary accounting system of information about the cancellation of all arrests and prohibitions imposed by the decision of the Court of Appeal of Kyiv dd. 05.09.2018 (case No. 796/165/18) on 100% of the shares of the Ukrainian subsidiary of Sberbank and about the securities account.

We shall remind you that by the resolution of the Kyiv Court of Appeal dd. 05.09.2018, in the framework of the abovementioned case No. 796/165/2018, at the request of a number of companies related to Ihor Kolomoyskyi and his partners, shares, real estate and movable property of the Ukrainian subsidiaries of the Russian state-owned banks - Sberbank, Prominvestbank, VTB Bank - were arrested. The court order, among other things, prohibited Raiffeisen Bank Aval from making any changes to the rights to Sberbank shares in the securities account.

This decision was made by the Ukrainian court on the basis of the decision of the Permanent Court of Arbitration (Hague, the Netherlands) dated 02.05.2018, which satisfied the claim of the structures of former Privatbank`s owners to recover USD 139 million (plus USD 20 million percent) from Russia represented by the Ministry of Justice of the Russian Federation as compensation for the real estate expropriated in Crimea after its annexation by Russia.

“The court recognizes as substantiated the plaintiff`s arguments that the plaintiff of Sberbank of Russia PJSC is not a debtor under the arbitration award, and the shares issued by Sberbank JSC, owned by the plaintiff of Sberbank of Russia PJSC on the right of ownership, is not the property of the Russian Federation, and therefore, as reasonably indicated by the Supreme Court (par. 98, 119, 120 of the Supreme Court`s rulings of 25.01.2019 in case No. 796/165/18), such shares are not subject to arrest for the purpose of enforcing the arbitral decision.

The court rejects the defendant`s arguments that, based on the ownership structure of the plaintiff, the ultimate (actual) owner of the common registered shares of the issuer of Sberbank JSC is the Russian Federation, which is the reason for the defendant`s refusal to enter information into the depository system on the cancellation of arrests on these securities or restrictions on the plaintiff`s securities account.

The court concluded that the measures taken by the Supreme Court of 25.01.2019 to ensure the claim, taking into account the mandatory conclusions of the Supreme Court, do not concern the ordinary registered shares of Sberbank JSC (Kyiv), owned by the plaintiff - Sberbank of Russia PJSC, as well as account in the securities of Sberbank of Russia PJSC, which was opened in Raiffeisen Bank Aval PJSC.

Since the account opened by the defendant in the securities of Sberbank of Russia PJSC includes 24065460500 ordinary registered shares of Sberbank JSC, which are owned on the basis of the right of ownership by Sberbank of Russia PJSC and not by the state of the Russian Federation, then the refusal of Raiffeisen Bank Aval PJSC to include in the depository record system information on the cancellation of arrests on such securities or restrictions on the securities account of a depositor of Sberbank of Russia PJSC is illegal, such that does not comply with the content of the resolution adopted by the Supreme Court of 25.01.2019, and violates the terms of the Agreement on servicing the securities account dd. 21.10.2015 No. 57-00/08-1153-Ю, concluded with the plaintiff,” - stated in the decision of the Commercial Court of Kyiv dd. 10.10.2019.

Read here about the attempt of Ihor Kolomoyskyi and his partners to acquire shares of Prominvestbank as compensation for the real estate seized from them by Russia in annexed Crimea.