In October, Ukreximbank registered a loss of UAH 627 million 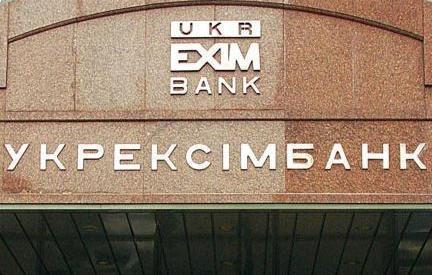 Thus, in October Ukreximbank recorded a loss of UAH 627 million.

This happened, in particular, on the background of worsening of the positive result of the state bank from revaluation and from the operations of currency purchase and sale for 10 months to UAH 2.1 billion (from UAH 2.7 billion for 9 months of 2019). In addition, the deductions to reserves in October increased by almost UAH 100 million - up to UAH 1.39 billion (the indicator for 10 months of the current year).

Last year`s stress test of the NBU (conducted on the basis of financial indicators as of 01.01.2018) revealed a shortage of Ukreximbank’s capital according to the negative macroeconomic scenario by UAH 11 billion. Ukreximbank has to cover this deficit by implementing the restructuring plan by the end of 2019.

According to the results of the current stress test, First Deputy Head of the NBU Kateryna Rozhkova in the context of Ukreximbank and Oschadbank stated that “if we intensify work with problematic assets and if the Ministry of Finance accepts the proposal and reduces the amount of profits that are transferred to the budget at the end of the year, these banks can avoid additional capitalization, and in addition, they will be able to improve the efficiency of their work, which is not satisfactory” (quote).

On November 16, the Security Service of Ukraine and the General Prosecutor`s Office of Ukraine detained the Chairman of the Board of Ukreximbank Oleksandr Hrytsenko on suspicion of assisting in the legalization of funds through the bank by the people of Yanukovych. Subsequently, the court released the banker on bail of UAH 3 million.

On November 15, the Supervisory Board of Ukreximbank announced a tender for the position of the head of the financial institution.