ICU Group Foundation, which gave Akhmetov`s people the right of claim to Donetskstal - on the liquidation process 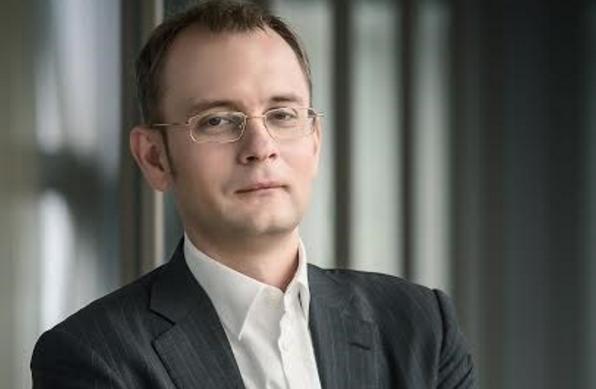 Stock Company Closed Non-Diversified Venture Corporate Investment Fund Glory (was managed by ICU Group) reported that on August 28, at the extraordinary general meeting of the Fund`s participants it was decided to liquidate the Fund "due to the inexpediency of further implementation of the Fund`s activities, which was formed on the basis of the current situation in the asset market in the areas identified in the investment declaration of the Fund as a priority, as well as due to the lack of demand for the Fund`s shares in the secondary market" (quote).

As Finbalance wrote, on May 27 the Donetsk region`s Commercial Court accepted for consideration the application of the Financial Company Prioritet on its replacement in the order of the procedural succession of the plaintiff (Closed Non-Diversified Venture Corporate Investment Fund Glory (SC CNDVCIF Glory) in the person of LLC AMC Investment Capital Ukraine) in several cases on the collection of debts from the Donetskstal group - No. 905/2524/17 (USD 125 million), No. 905/943/18 (UAH 499.7 million and USD 8 million), No. 905/2449/17 (UAH 122.7 million).

According to court materials, in 2017 LLC Financial Company Prioritet bought from Sberbank the relevant rights of credit claim and subsequently assigned them to CNDVCIF Glory in the person of LLC AMC Investment Capital Ukraine. After that, in 2018, the courts issued a decision in two mentioned cases (No. 905 / 2524/17 and No. 905 / 2449/17) on the collection of debts from Donetskstal Group in favor of CNDVCIF Glory (acquired, by the way, by a new creditor with about of 90% discount).

In July 2018 CNDVCIF Glory on the basis of factoring agreement №06-07/18 - transferred for LLC Financial Company Prioritet the right of claim to the Donetskstal Group for 4.5 million dollars, purchased in the Guarantee Fund with a 70% discount in March 2018. As it was noted, the price of the claim rights under a number of loan agreements, which were then conceded by the "Glory" Fund for the financial company Prioritet, amounted to UAH 150 million.

In September 2018 Donetsk Regional Commercial Court in the case No. 905 / 943/18 approved the amicable agreement between CNDVCIF Glory and Donetskstal Group companies, which undertook to repay the respective debt within a month (the same way was supposed to settle debt issues with a number of other loan agreements; as it follows from the court materials, the settlement agreements covered the debt in the amount of at least UAH 2 billion).

In 2019, East-West United Bank S.A. (Luxembourg), one of the foreign creditors of Donetskstal Group, tried to appeal against these amicable agreements in Ukrainian courts, but with no success.

In the court materials on criminal proceedings No. 12018100100000000439 there was information on the cumulative rights of claim of ICU to the Donetskstal Group for more than UAH 7.5 billion.

According to the State Register, the final beneficiary of the LLC Financial Company Prioritet is Kyi Serhii Viktorovych (he was assistant to the president of FC Shakhtar Rinat Akhmetov, as well as the People`s Deputy of several convocations, and a member of the Party of Regions faction). The founders of the financial company are LLC Prioritet Invest and LLC Polius Treidynh, the founders of which, in turn, include LLC Praim Kholdynh. LLC Praim Kholdynh is the legal successor of CJSC ARS, which was terminated in 2015 and was one of the founders of R. Akhmetov`s Lemtrans company.

The ICU Group is considered to be close to the ex-president Petro Poroshenko. Thus, before the appointment as NBU head Valeriia Hontareva was a co-owner of ICU. The other co-owner of the group, Makar Paseniuk, was P. Poroshenko`s financial advisor.

In August 2018, Metinvest group of Rinat Akhmetov and Vadym Novynskyi announced that it had purchased up to 24.99% of shares of several coal companies of Viktor Nusenkis Donetskstal group (including Pokrovske Mine Department and Sviato-Varvarynska concentration plant) for USD 190 million. In addition, in September 2018, it was reported that Metinvest Group received a warrant to acquire 75.01% from co-investors, which possess a number of companies of Donetskstal Group.

In July 2019, the Antimonopoly Committee began consideration of concentration cases in the form of acquisition by Metinvest B.V. (Netherlands, the holding company of Metinvest Group), more than 50% of the authorized capital of Industrial Coal Holding LTD (ICH) and Svyato-Pokrovska Mine No.3 LLC (Pokrovsk, Donetsk region).