Debts of Creative Group: the liquidator of Ellada sold the oil extraction plant for UAH 500 million 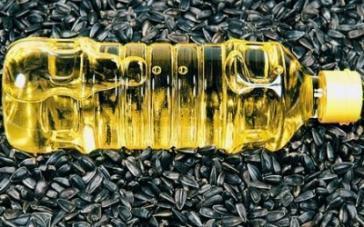 According to the data of the auction organizer (Private Enterprise Law Firm Legal Aspect Group) the complexes of buildings of I and II turn at the address of Kropyvnytskyi city, 14a Promyslovyi prospect, were sold to a legal entity for UAH 499.9 million.

The property was sold by the liquidator of Private Company Ellada in coordination with Oschadbank.

During the previous (unsuccessful) attempts to sell the corresponding asset Oschadbank agreed the price at the level of UAH 9.2 billion. And at the auction, which took place on November 26 - UAH 495 million.

The State Bank stated that the relevant property includes an oil extraction plant with the processing capacity of 1000 tons of sunflower/rape seeds per day.

In 2017 the Commercial Court of Kyiv within the framework of the bankruptcy proceedings of Ellada recognized the creditor claims of Oschadbank for UAH 3.4 billion and the claims of Ukreximbank for UAH 4.2 billion.

In March 2016, Andrii Pyshnyi, the Chairman of the Board of Directors of Oschadbank stated that the total debt of Creative Group to Oschadbank exceeded USD 300 million. At the same time, the banker did not rule out that “there will be a part of the debt, not covered by collateral”.

In 2018, NABU detectives announced the suspicion to the deputy head of the board of directors of Oschadbank Iryna Zemtsova within the framework of the criminal proceedings regarding possible abuse by the Oschadbank when issuing loans to the Creative Group.