Court: the Lahun`s bank did not have the right to sell assets very cheap, while DGF has that right 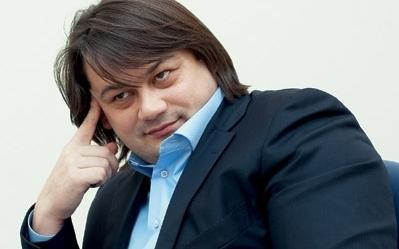 On July 24, the Supreme Court decided to leave unchanged the decision of the Pivnichnyi Commercial Court of Appeal dd. April 23, 2019 (in the case No. 910/10364/16) in the part, which recognized as invalid the purchase and sale agreement of the right of claim dd. July 04, 2015 according to which LLC FC Ipoteka Kredit assigned to LLC AMC Sky Capital Management for UAH 5.1 million of the claim rights, which were purchased by the Ipoteka Kredit in Omega Bank for UAH 5 million on December 31, 2014 (it concerned debts of the bank`s borrowers in the amount of UAH 2.34 billion and the book value of the collateral in the amount of UAH 3.62 billion).

The Supreme Court agreed with the previous courts` conclusions that the sale and purchase agreement of the claim rights of December 31, 2014 was null and void (since the part of Omega Bank`s assets were eventually resold to third parties at a significantly higher value than it was at the time of the bank`s initial sale of its assets), and therefore "the next sale and purchase agreement of the right of claim of July 4, 2015 should be declared invalid because it was concluded in the process of execution of a void transaction by a person who is not the owner of the assets and does not have the right to sell these assets" (quote).

At the same time, the cassation court noted that the court of appeal correctly rejected the arguments of Sky Capital Management stating that the price at which Deposit Guarantee Fund alienated the assets of Omega Bank on March 7, 2019 was lower than that of the disputed transaction by 5% (UAH 4.8 mln), as the reduction of the sale price was carried out within the framework of the electronic auction procedure and in accordance with the date of the lot`s sale, on February 18, 2019, with the initial sale price of UAH 92.2 mln at the open auction.

"This price has already been determined by the Fund as of February 2019, taking into account the specifics of the assets and belonging of such assets to the category of problem ones. At the same time, the nullity of the transaction in accordance with Article 215 of the Civil Code of Ukraine is determined at the time of its execution.

Thus, the circumstances regarding the nullity of the contract on the grounds of disposition by the bank of its own assets at lower prices than usual are determined on the basis of the prices existing at the time of this transaction. The possible decrease in the value of these assets over a significant period of time (as in this case 5 years after the conclusion of the contract) does not affect the fact that such a contract was null and void at the time of its conclusion, if its invalidity established directly by law," - stated the Supreme Court in its ruling of July 24, 2019.