Court of Appeal: NBU has to pay UAH 129 mln of compensation to the bankrupt bank shareholder 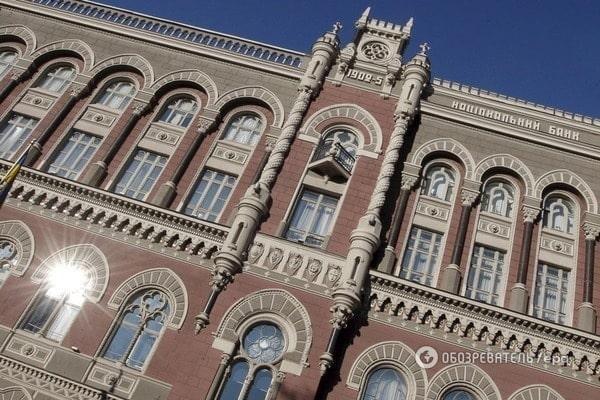 On 29 May, the Pivnichnyi Commercial Court of Appeal refused to satisfy the NBU`s appeal and upheld the decision of the Kyiv Commercial Court dd. 04.03.2019 (case No. 910/9095/18), which satisfied the claim of LLC Promyslova innovatsiina kompaniia and resolved to recover from the NBU for the benefit of the plaintiff UAH 128.9 million of compensation of property damage, which, as noted, was caused to the plaintiff by the illegal deprivation of his corporate rights due to the adoption by the National Bank in 2015 of the "unlawful decision" on classifying Radical Bank in the category of insolvent.

According to the NBU, LLC Promyslova innovatsiina kompaniia was the owner of 71% of Radikal Bank shares; its beneficiaries were and are Maksym Shpak and Anri Veremiichenko (according to the data of the State Register of Legal Entities).

According to court materials, LLC Promyslova innovatsiina kompaniia stated that the NBU Resolution No. 452 / БТ dd. 09.07.2015 on classifying Radical Bank as insolvent was recognized as illegal and cancelled by court decisions (including the decision of the Supreme Administrative Court, which the Supreme Court refused to reconsider) within the framework of consideration of another case - No. 826/24203/15 (according to the relevant claim of LLC Promyslova innovatsiina kompaniia to the National Bank).

The Commercial Court of the city of Kyiv in its decision dd. 04.03.2019 noticed that the amount of damage caused to the plaintiff corresponds to the value of his corporate rights. As it is noted, according to the report provided by the plaintiff (prepared under his own order), the market value of Radical Bank shares was set at the level of UAH 181.6 million, and respectively the cost of the share of the authorized capital of the bank, the owner of which was LLC Promyslova innovatsiina kompaniia amounts to (71%) - UAH 128.9 million.

"By its unlawful decision, via the initiation of a withdrawal procedure against the plaintiff, the defendant illegally deprived the owners of the shares of their corporate rights. At the same time, such deprivation occurred due to the adoption of an illegal resolution of the NBU. Further procedures applied to the bank and the decision of the NBU (introduction of temporary administration, revocation of the license, etc.) did not lead to the restoration of property (corporate) rights of the plaintiff, despite the fact that the decision of the Board of the National Bank of Ukraine dd. 09.07.2015 "On classifying the Public Joint-Stock Company Radical Bank as insolvent" was recognized as illegal by the court, - summarized the Commercial Court of the city of Kyiv.

The Pivnichnyi Commercial Court of Appeal, in its turn, agreed with the conclusions of the court of first instance, stating that it "considers them [the conclusions - ed.] conforming both to the requirements of the current legislation and to the actual circumstances of the case" (quote).

It is worth reminding that the NBU in its application оn classifying the Radical Bank as insolvent indicated that according to the results of operating cash offices of the financial institution and its branches inspections "a severe violation of the legislation in the field of cash circulation was found, which posed a threat to the interests of depositors or other creditors of the bank" (quote).

Radical Bank failed to ensure proper security measures during transportation of currency valuables, storage of cash in bank branches and internal control over cash operations. The position of the National Bank of Ukraine is a tough response to risky banks` operations, which may indicate a threat to the safety of their entrusted funds," - noted the NBU.

According to the Guarantee Fund, as of 01.01.2019 Radikal Bank`s depositors were paid UAH 137.9 mln (89.7% of the planned payments) in compensation within the guarantee amount.

The Deposit Guarantee Fund information on the dubious operations of the Radical Bank is here.

The Deposit Guarantee Fund stated that the Supreme Court is considering lawsuits for the illegality of withdrawal from the market of about a dozen of banks, to the depositors of which the Fund in total has already paid almost UAH 14 billion. In addition, as noted, another 12 banks are disputing their classification as insolvent in the lower courts.