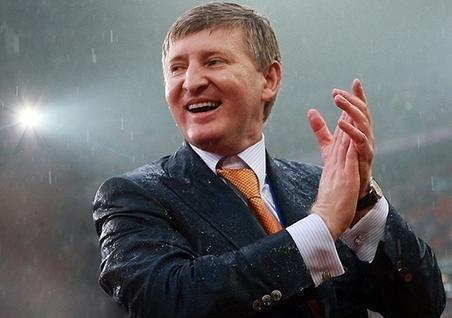 On July 18, the Economic court of Kyiv satisfied the claim of LLC Financial company “Sokur” to LLC “ESU” (in case No.910/6377/19) about collecting UAH 334,4 million of bond debt (including percent, inflationary charges, penalty fee).

As Finbalance wrote, in such case discount was 80%.

LLC “ESU” is owner of 92,79% shares of “Ukrtelecom”, final beneficiary is Rinat Akhmetov.

According to the state registry, the final beneficiary of LLC Financial company “Sokur” is Anatolii Amelin. In 2011-2014 he was a member of the National Committee on securities and stock market (was at the head of the department of corporate finances). As media reported, then, A. Amelin’s appointment to the corresponding position could take place including with the assistance of R. Akhmetov (in the market, A. Amelin was called “Akhmetov’s financier”).

It is worth reminding that in March 2017, LLC “ESU” had to pay off bonds in the amount of UAH 4,6 billion, but did not do this. The largest holders of these securities are Oshchadbank and Ukreximbank (as it was reported, each of them has bonds for amount of about UAH 2 billion in the portfolio). The issue of these bonds promoted the process of “Ukrtelecom” privatization. At the moment, Oshchadbank and Ukreximbank try to collect the corresponding debt from LLC “ESU” and PJSC Ukrtelecom in a judicial proceeding.

Delta Bank was one of the bond holders of LLC “ESU” (with a nominal value of UAH 161 million). Therewith, Delta Bank pledged the corresponding securities for Oshchadbank (as securing obligations under the contract of corresponding account).

As Finbalance wrote, on 08.08.2018 Kyiv Commercial Court of Appeal refused to satisfy the appeal of Oshchadbank on the decision of the Economic court of Kyiv dated 04.06.2018 (in case No.910/16608/16), which dismissed the National bank’s claim to the liquidator of Delta Bank on the termination of collecting on default bonds of the owner of “Ukrtelecom” - LLC “ESU” (with a contractual cost of UAH 161 million) – as a pledge subject under the securities pledge contract No.1/ЦП dated 26.02.2015.

The Court paid attention to the case No.910/14617/16, within which the courts (including cassation courts) already satisfied the claim of the liquidator of Delta Bank and invalidated this securities pledge contract.

On 24.09.2018 the Economic court of Kyiv refused to grant an application of LLC "ESU" for a year delay on execution of this decision dated 27.07.2017 (in case No.910/32157/15), which partially satisfied a claim of the liquidator of Delta Bank and collected the debt on interest income on bonds in the amount of UAH 19,3 million from LLC “ESU”, and also granted a delay on execution of this decision for 1 year from the date of coming into legal force.

LLC “ESU” explained its request for the repeated year delay on payment of interest income with “lack of funds”, “financial hardship”, risk of “bankruptcy”, that in turn, as it was noted, “will lead to stability violation” of Ukrtelecom.